What is climate change?

For a very long time, our Earth has had the perfect temperature for us to live. This is because of something called the ‘natural greenhouse effect’.

When heat from the sun comes to earth, some is absorbed by the oceans, soils and plants while some goes back up into the sky. Some of the heat that goes back up is trapped by a layer of gases called greenhouse gases. These gases make up part of a layer around our planet called the atmosphere. The atmosphere acts like a blanket keeping us warm. The greenhouse gases contained in the atmosphere include carbon dioxide, methane, nitrous oxide, and water vapour. These gases help to keep the world at a temperature that we can all live in by keeping some of the heat inside to warm the earth and letting some heat leave. 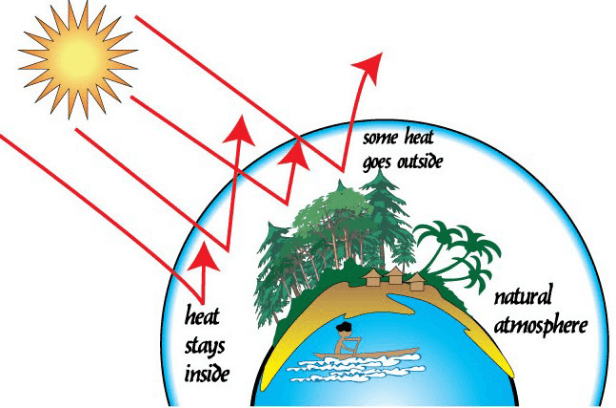 We need these gases to keep the earth at a temperature in which we can live happily. But when humans started building more cities, factories, cars and power plants and started cutting down more trees, we started making more greenhouse gases.

This is called the enhanced greenhouse effect and the result is global warming, or climate change.

Temperature and the amount of greenhouse gases in the atmosphere have always changed over time but now we are seeing the temperature rise and the gases increase faster than in the last 800,000 years. These changes are not quick changes; they take time and happen slowly.

The temperature of the land and the sea will get hotter in the future. An international group of scientists called the Intergovernmental Panel on Climate Change (IPCC) says that temperatures in the South Pacific could increase by up to 3°C by 2100. Changes in temperature like this will have big impacts on the future of Solomon Islands in areas such as agriculture, water, health, fisheries and the coast; affecting livelihoods and threatening food security if left unaddressed. 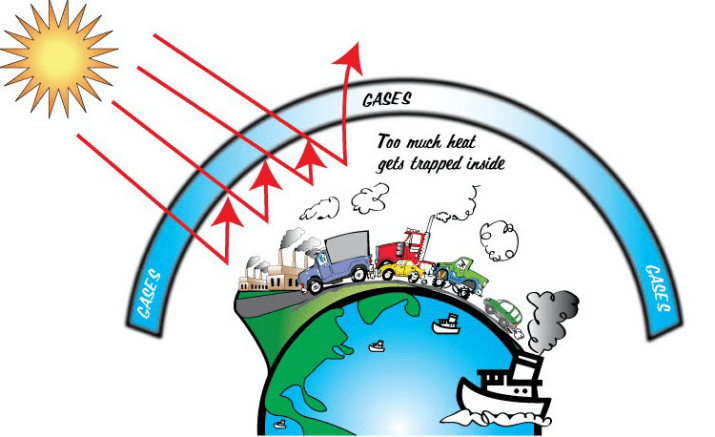